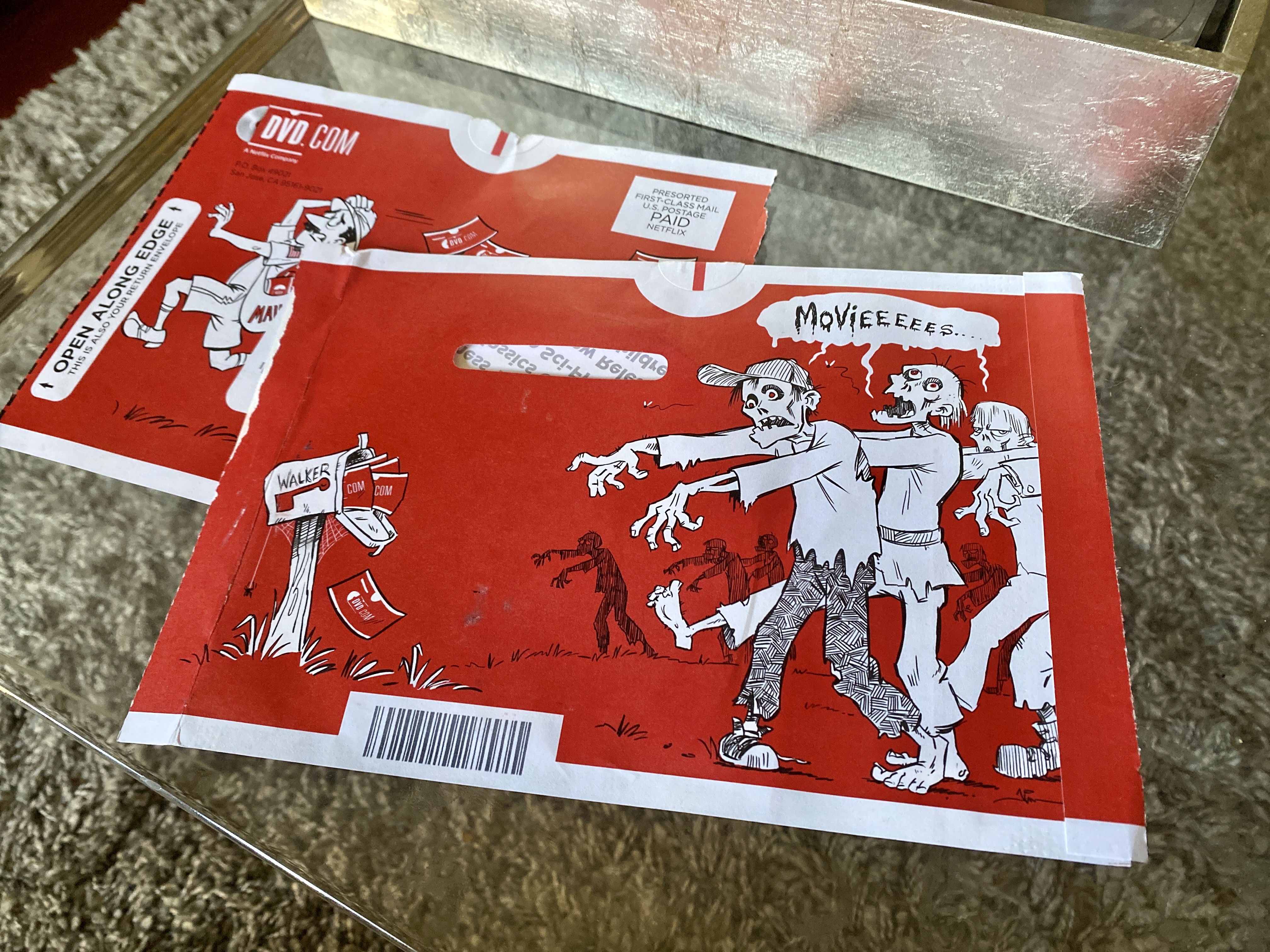 Every week or so, I participate in a ritual that, among most people, has become practically obsolete. In the mail, I receive a rectangular red envelope, flat and wide. I split open the envelope first at the side, then the top, and peel back the red paper to slide out a disc, either a standard DVD or a Blu-ray. I fit the disc into my player and the tray slides closed with a smooth mechanical click. I navigate through the menu to play the movie and explore the extra features. When I’m done, I slip the disc back into the envelope, seal it, and take it to the mailbox on the corner. A couple of days later, a new envelope arrives.

The pace at which our tiny daily habits now become antiquated is astonishing. As streaming services grew to dominate over the past several years, it seems that few people watch movies and television shows on DVD anymore, and the subscription service to mail them to you has become an almost forgotten relic—even though twenty years ago, it was the latest innovation. Just as before that, the latest was DVDs themselves, and before that VHS tapes, and before that film itself. And then books, plays, stories told around the fire while light flickered on cave walls. Et cetera.

I took the habit of DVDs by mail back up when I couldn’t find certain movies available to stream. I subscribe to virtually every streaming service in existence, but there are still a lot of films that aren’t streaming or aren’t streaming when you want them. But, beyond necessity, I found I felt oddly glad to return to it. I liked adding to and reordering my queue and plucking the little red envelopes from the mailbox. I have more control than I do over streaming companies who remove films on regular rotations or on apparent whims. It feels good to hold a disc in your hand. The whole process takes more time and effort and, as a result, I think more carefully about it. It has reactivated my awareness of the physicality of watching movies.

Nostalgia for abandoned media and mediums does not always pay off. I still have a VHS player, but the last time I tried to play my Star Wars tapes on them, the picture and sound quality made it almost impossible to watch. Not because the quality had degraded so much, although I’m sure in part it had, but because now I am used to very crisp detail on a very large screen. I am no longer in the early 1990s, a few feet away from a small, square television full of tubes. I miss the physical thunk of tapes settling into a VHS player. I even miss the annoyance of the rewinding ritual. But that’s not how I want to watch movies anymore.

Nostalgia is tricky. We believe we want certain objects, people, or places we no longer have, but we don’t want the things. We want what those things connected us to. Sometimes we can find faster ways to what we want. Sometimes, the way is the one that is deliberately slower.

I gravitate toward the analog in many forms. I write every day by hand in a paper notebook, with a fountain pen I refill with ink. I prefer reading solid books made of wood pulp and weight. I am devoted to the experience of going to old movie theaters where the air is thick with time and projected emotion. Without thorough grounding I know I am likely to float away through my days, and so I like to connect myself to the medium as much as the art that keeps my perspective expansive and whole. Sometimes it’s movie palaces, sometimes it’s little red envelopes. Sometimes the old ways are better, even if they’re not even all that old.