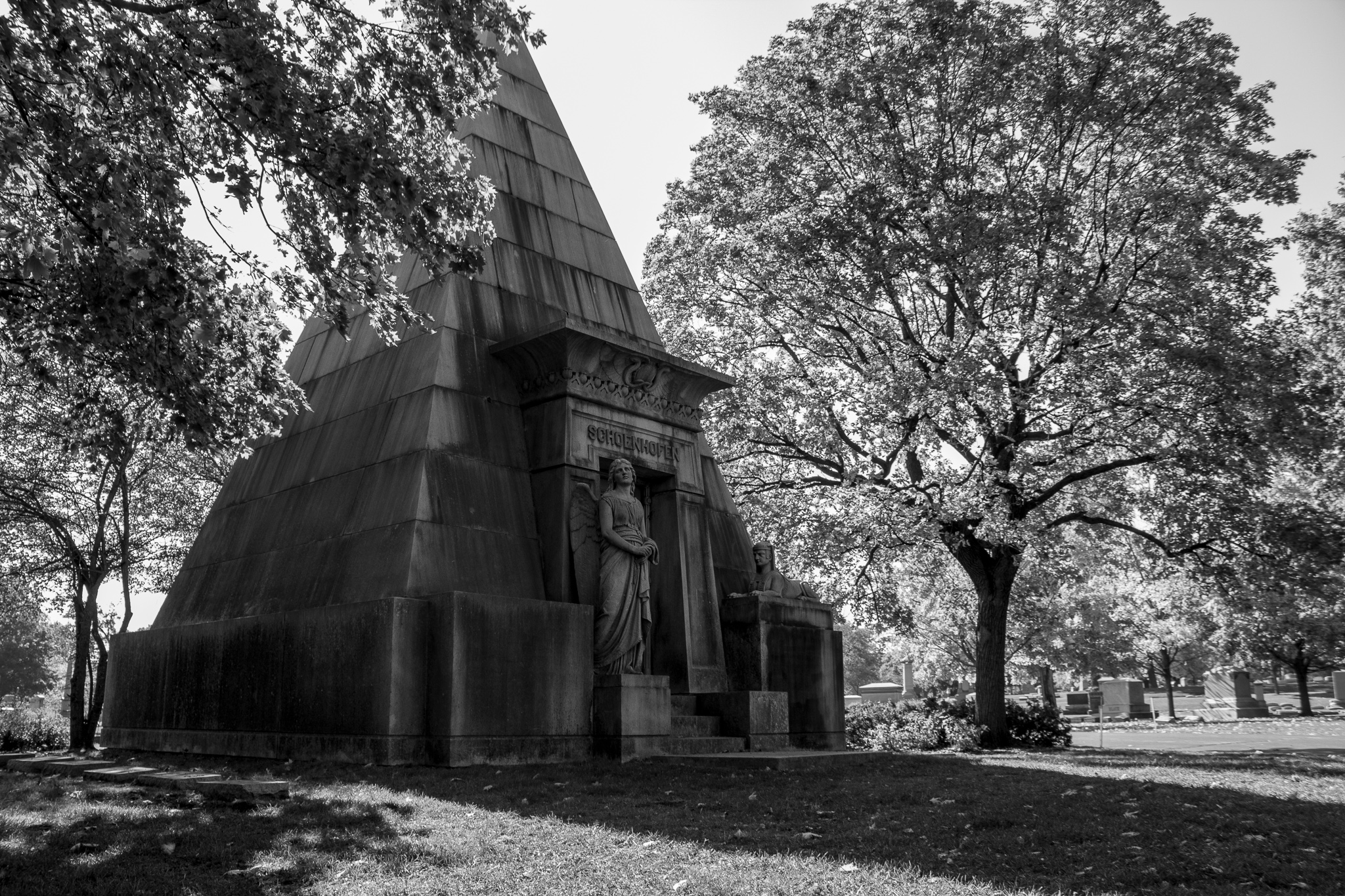 Last week I went to Graceland Cemetery. It is a historical burying ground and arboretum that has been sprawling quietly on the north side of Chicago for more than one hundred and fifty years, covering well over a hundred acres. Wide paved paths wind around swathes of graves and trees. In its center is a large pond; in its southeast corner is a reclaimed prairie. While you can still be buried in Graceland, it is more typically a hub of active life, circled by walkers, runners, photographers, painters, portrait posers, and dogs, all grounded in the silent conviction that nothing ever really goes away.

Graceland Cemetery came to be in the general era of the Victorians, and the Victorians were aces at thinking about death. Even the practical American breed of Victorians seemed to face it, and fetishize it, more than we do now. This cemetery is full of elaborate monuments and heartfelt headstones, not to mention the scenery. It was designed as a garden to be enjoyed by the dead and the living alike, and I find something essential in the acceptance of both experiences as parts of a whole. It is in itself a memento mori, a reminder that death is inevitable. Life in the face of death is what life is. The richness is defined by the shadow, and you have to pay careful attention to the shadow to comprehend the full shape.

Modern society has partitioned off death, making it untouchable and unknowable. We largely live in the denial it will ever happen, except in the inconsequential abstract. There is a mutually exclusive binary: death, bad; life, good. But how much good can you get out of boundaries that were designed for avoidance rather than significance? Life is good, but not because death is bad.

Recently, I have seen many dire predictions and expectations for the world as a whole. Systems are crumbling, safety nets are snapping. The painstakingly balanced foundation of much of modern life is showing cracks. But the responsive outpouring of pessimism confused me. I realized that I have always known that I live in a broken world. As far back as I can remember, everything was broken: homes, bank accounts, bodies, jobs, relationships. I assumed everything beyond that was broken too. It never occurred to me that I was only supposed to live if the world around me was intact and functional. It never occurred to me that life was supposed to be anything but finding hope in the cracks and building what you could anew, even if what you built would be swept away again. That was just the deal. It was a disadvantage of circumstance that has turned out to be a blessing of perspective.

Maybe it is the sort of perspective that sees peace in a cemetery and restorative symmetry in its extremes. It’s the sort of perspective that carries around its own memento mori and uses its fear of the dark as constructive material. Things break and die and so do we, but the fact of it is far less frightening than the consequences of not accepting it. And to thrive we have to do more than accept it: we have to face it, celebrate it. Live with it. Everything always goes away, and that will always stay just the same.